The acoustic band “Diarys Tale” con­sisting of the musi­cians Olaf Baumann , Albert Wochner and Debora Vater, takes you with their new program “A Night at the Movies ” on a journey through the film titles of current and past times. Their reper­toire ranges from James Bond and Rocky to the popular Disney songs. An acoustic film journey for young and old.

All members of the band have been in the music business for a long time and over the years have gained suc­cessful expe­rience as support for Saga and Toto, as well as at TV appearances and casting shows. Rounded off by various ori­ginal com­po­si­tions the three con­vince with their program, by their ver­sa­tility and indi­vi­duality. 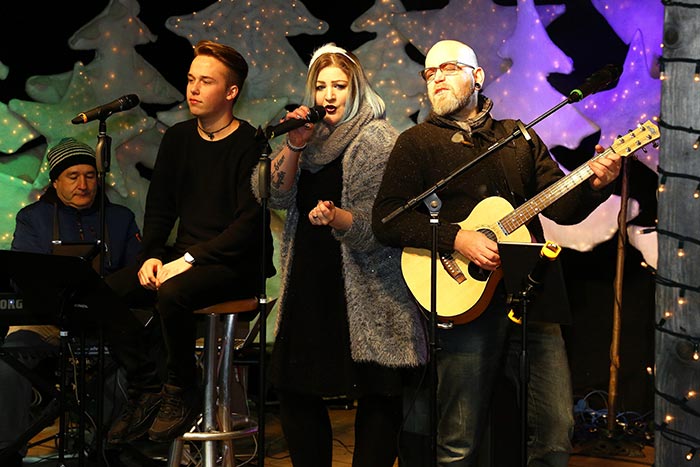