The Golden Voices of Gospel sang at the TV shows of Florian Sil­be­reisen on ARD and ORF:

The next TV appearances of the Golden Voices of Gospel with Florian Sil­be­reisen are on:

Prepare yourself for some­thing, because there Golden Voices of Gospel have announced them­selves from New York/USA.

“Clap your hands…”, “Stomp your feet…”, “Hal­le­lujah calls…”, it will be said when the audience is invited to join in and expe­rience. The partly melan­cholic, partly stir­ringly tem­pe­ra­mental gospels sup­ported by the fan­tastic rhythm section “get under the skin” like hardly any other music. And yet they are church songs as they are sung in the church ser­vices of the “Black Churches” in the USA and the Caribbean.

The GOLDEN VOICES OF GOSPEL invite in their very per­sonal and ini­mitable way to a journey through a century of spi­ri­tuals, tra­di­tionals and gospels. This music, like no other, expresses the feeling, pride and devotion of the vast majority of the black popu­lation of the United States.

The extensive musical reper­toire of these cha­ris­matic voices allows us to guess that the roots of almost all important “modern” music styles of the last century (blues, jazz, rock, beat, etc.) reach to gospel music. Modern gospel pieces as well as songs like “Oh When The Saints”, “Glory Glory Hal­leluja”, “Swing Low Sweet Chariot “, “Motherless Child”, “Joshua fit the Battle of Jericho “, “O Happy Day” invite the audience to listen and par­ti­cipate.

TV Per­for­mances of the Golden Voices of Gospel: 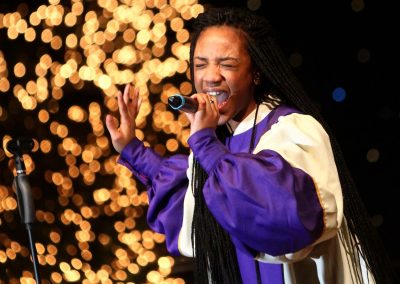 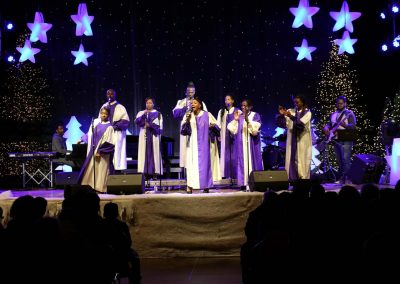 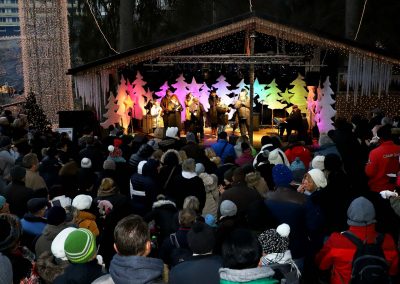 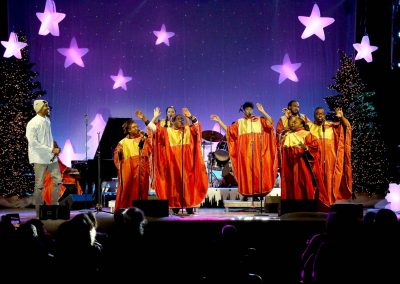 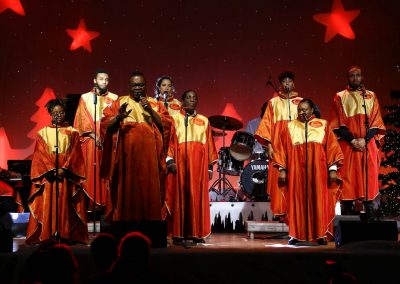 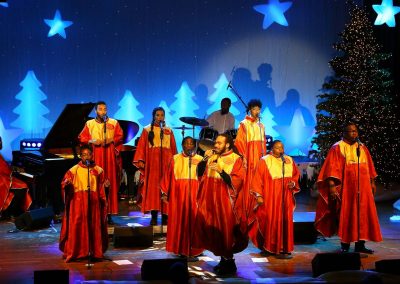 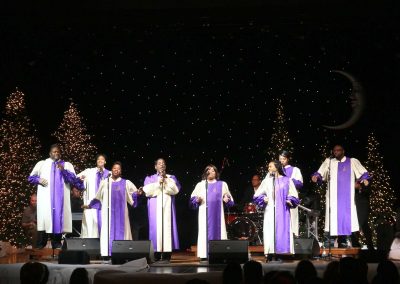