Jon­glissimo was founded on the belief that juggling is a fasci­nating visual art form. Their world-class artistry is based on an exciting mix of juggling, theatre and tech­nology. The ensemble was founded by the Aus­trian bro­thers Christoph and Manuel Mitasch.

At one of the bro­thers’ work­shops, Dominik Harant and Daniel Ledel were swept away by their passion. Since then, the ensemble has been setting new stan­dards in team juggling. They have already won the World Juggling Cham­pi­onships four times
and hold more than 30 world records. Among them are the records for the most clubs (14) and the most rings (14).
(14) and most rings (16) ever juggled by a duo.

The quartet has been thrilling audi­ences on inter­na­tional stages for many years. They have been allowed to show their skills on renowned stages such as the world’s largest circus fes­tival “Cirque De Demain” in Paris and the “Cascade of Stars” show of the Inter­na­tional Jugglers’ Asso­ciation in the USA. They have also had the oppor­tunity to prove their skills in various TV shows such as the French show “The Best”, the Italian pro­duction “Tu si que vales”, the German talent show “Das Super­talent” and the ORF pro­duction “Die große Chance” 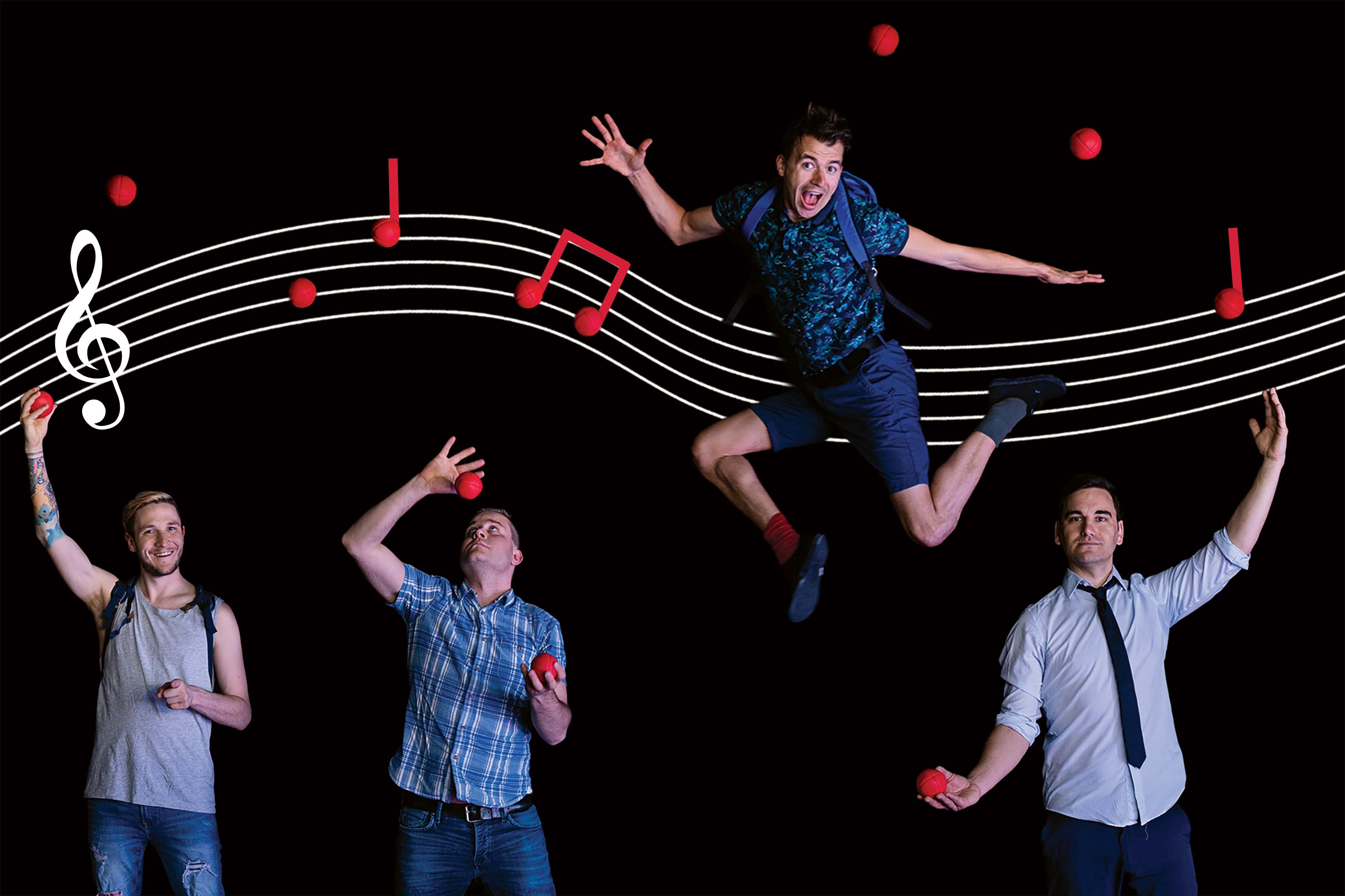 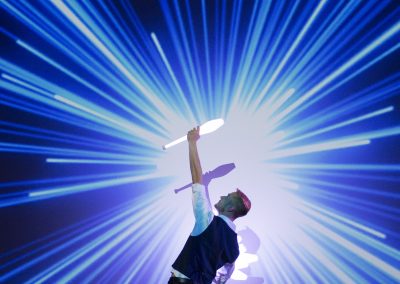 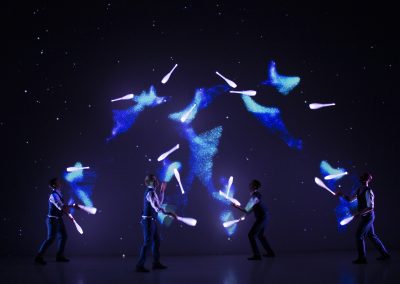 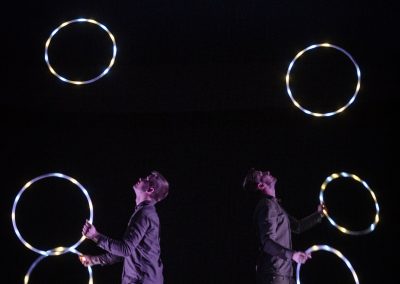 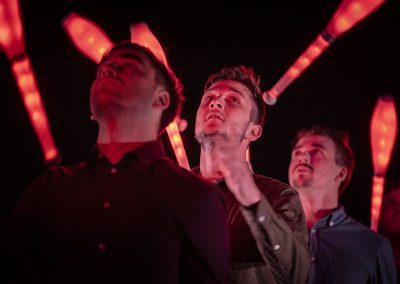