2016 — what kind of ’ne World!_What, please, can you do about it? Drinking to the limit? Until — what? Just not. Stefan Reusch looks at ever­ything, makes more out of it, cleans up and asks behind. For example: Where did the SPD go? Who still thinks it’s — let alone — good? Or: Which foreign country is taking in our worried right-wing radicals? We can’t do that anymore. Ques­tions over ques­tions…

Things about Saxony. Also: a crime thriller “Instead of calling murder — terror with the Samsung Note 7? And when will the Mexican Wall be open for tou­rists? Stefan Reusch recorded the main events in 2016. So that we all have peace again and can sleep through a year! Or to put it another way: the viewer can “dis­cover in every single sen­tence … the cul­ti­vated madness in which we live … and you only notice later that you actually laughed at yourself”. (“Rhein­pfalz”)

Hear and see for yourself. Until you lose both… 2016 is saved!
We’ll make it! “an unf­or­gettable evening” (Badi­sches Tag­blatt) ´ 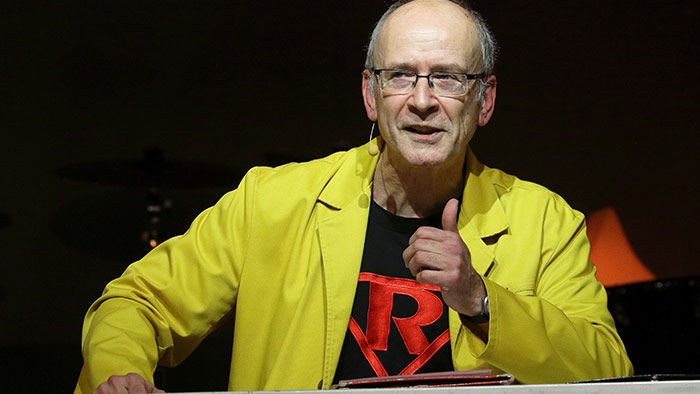