Anita and Maik enchant the audience with more than 50 bells and won­derful, partly fast melodies.

Your instrument is rarely seen and heard. The two of them sound more than fifty bells with four hands, vir­tuosic and with breath­taking speed and one is sur­prised by the expres­si­veness of the four to fifteen cen­ti­metre bells and bells.

The reper­toire ranges from clas­sical dignified to cheerful folksy to peppy-modern. At Christmas time the pro­gramme is extended with Christmas melodies according to the motto “Süßer die Glocken nie klingen…”.

In the 2016 pro­gramme, Anita and Maik pre­sented a new timbre with 50 stick bells. They are looking forward to enchanting the guests in Triberg with their Christmas bell music!

High­lights of recent years have included appearances for the Swiss Con­sulate General, enga­ge­ments at Europa-Park Rust, shows at the America´s Cup in Valencia, charity con­certs in South Africa, the use as a bell trainer at “Wetten dass…” and an eight-handed glo­cken­spiel with Klaus Wowereit and Renate Künast.

In their children’s pro­gramme, young and old can immerse them­selves in a special world of sound. The two show how to make music with bells.

Lis­tening, ama­zement and par­ti­ci­pation are the order of the day. But the instru­ments for the big bell orchestra are enc­losed in an enchanted suitcase.

Which spell can open it? 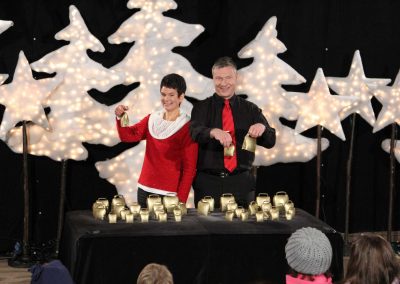 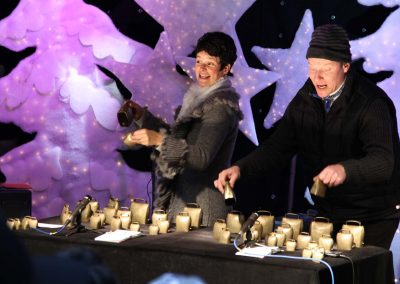 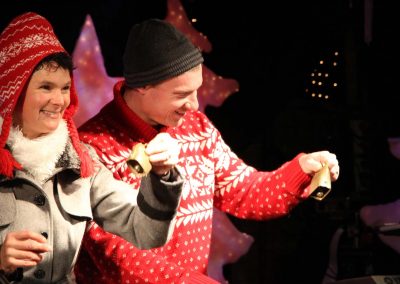 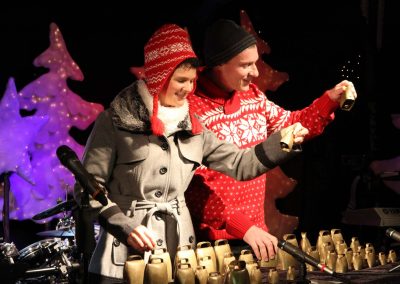