With songs like “The Sound of Silence” and “Cecilia” Simon & Gar­funkel created poetic hymns for a whole generation. “Mrs. Robinson” became world-famous in 1969 with the US feature film “Die Rei­fe­prüfung”. In 1968 the Ame­rican duo wrote with “The Boxer” a highly emo­tional song of praise for a sur­vival artist. Two years later “Bridge Over Troubled Water”, a com­po­sition of simple beauty, went down in music history as a message of hope.

For some years now the duo Graceland has been inten­sively fol­lowing the musical spirit of their role models and has been touring the republic very suc­cess­fully with the pro­gramme “A Tribute to Simon & Gar­funkel”. In their current project, Thomas Wacker (Paul Simon) and Thorsten Gary (Art Gar­funkel) impres­sively prove: the countless classics of the pro­bably most suc­cessful folk rock duo in the world har­monize per­fectly with the unmistakable sound of a clas­sical string ensemble. The interplay of the two voices and two guitars with the clas­sical instru­ments makes the songs of Simon & Gar­funkel an expressive and extra­or­dinary musical expe­rience. In a concert with two artists who come very close to their Ame­rican idols and a string quartet that gives this music a com­pletely new, unmistakable sound.

“A beau­tiful sound, soulful homage with a very per­sonal touch” is the verdict of the press. 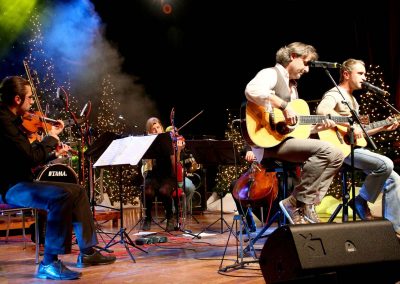 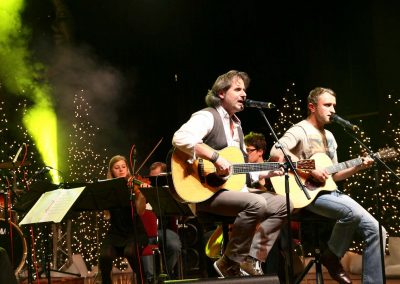 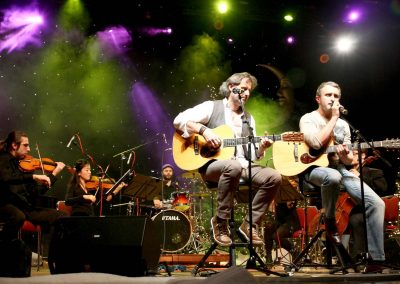 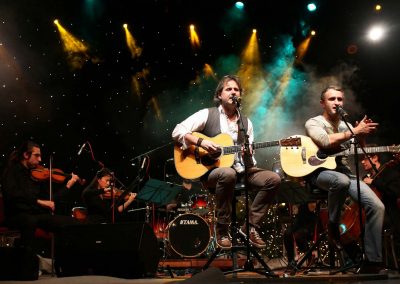